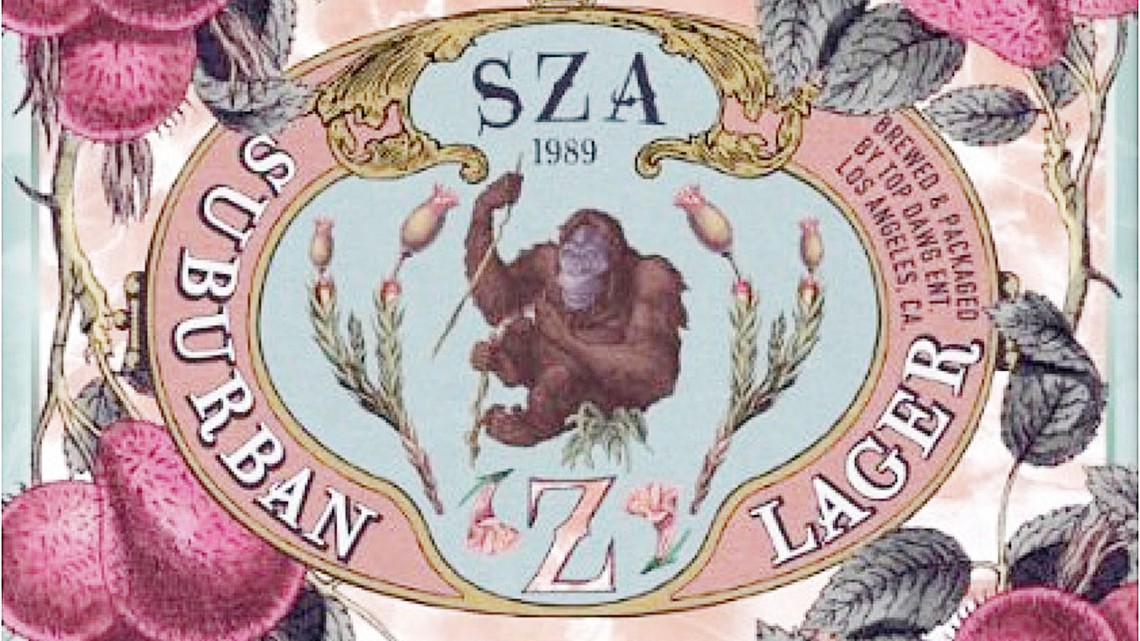 At just 23, Solana Rowe, better known as SZA, has the world at her feet. It’s just under a year since she became the first female artist to be signed to US hip hop label Top Dawg Entertainment and this week, she released her debut album Z to critical acclaim. With mentors like Kendrick Lamar, Schoolboy Q and Ab-Soul, it’s hardly surprising that this dreamy New Jersey native has already given us some of the most enjoyable summer jams of 2014.

The first thought that hits you when Z opens with trippy electronic title track ‘UR’ is the mellifluousness of SZA’s voice. She’s so much more than your average R&B singer, with vocals that somehow manage to sound both insanely delicate and intriguingly powerful.

They have a breathy, languid quality that underpins the jagged lyrical shards of the album. The track ‘Child’s Play’ is a particular highlight, with wistful lyrics like ‘Here in your backyard, building a fantasy. Fuck reality, do you want to know me?’ painting a sensual picture of lovers wasting time.

It’s a theme that runs deep throughout Z – the feeling that love is a distraction, a way to pass the hours. On ‘Sweet November,’ SZA sings of a one sided affair to a cleverly reworked version of Marvin Gaye classic ‘Mandota.’

It’s a peon to female strength and female futility, gently backed by seventies style guitars but punctuated by a moral antipathy, its protagonist evidently disappointed with a girl who can’t let go – ‘Heard you fucking with Tommy again, remember where that landed you last time?’

There are several guest appearances on Z – Chance The Rapper, Kendrick Lamar and fellow TDE newcomer Isiah Rashad on the surprisingly poppy ‘Warm Winds.’ As SZA jumps breathily from tramp stamps to old flames, from Street Fighter to unrequited love, it’s the syrupy dream-like nature of her album that stimulates.

This is a sonically impressive effort, but there are times when its reliance on gauzy keyboard tones and slumbering chillwave guitars feels a little anticlimactic. There’s a huge amount of promise here though, and if this freckled face dreamer can find a little more punch for her next effort, she’ll be a force to be reckoned with.