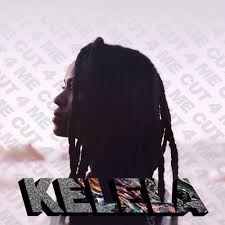 As a second generation immigrant, Kelela Mizanekristos has always felt like a musical inbetweener. Her unique brand of soulful R&B and futuristic electronica is an expression of this displacement. It is both soft and uniquely jagged – its spaced out beats delicately intertwine with the kind of voice that causes the hair on the back of your neck to stand up. It is dangerous and unusual, a brand new breed in a litter that’s growing increasingly staid.

In her own words, Kelela has always wanted to ‘interrupt the space, more than sound like anything in particular.’ This ambition completely belies the tight structure and expressive sound of new mixtape Cut 4 Me. The title track is a high flying lyrical treat, that washes over you with its barbed plea to a neglectful lover. Kelela has a long way to go before she’s spitting lyrics with the same level of skill as soul mistresses Lauryn Hill or Erykah Badu, but she’s certainly got some arresting barbs in her arsenal.

The eerie lament of Floor Show is a highlight of the release, with its disdainful claim that ‘You forget my name, but you say it every night.‘ On Something Else, Kelela’s multi tracked harmonies take centre stage for a very raw and bare performance. The sensuality of Go All Night makes crooners like Drake and Jason Derulo sound like inexperienced little boys. Closer Cherry Coffee is a real electronic experience. It rises from the depths like a Little Dragon refrain, all discordant beeps and watery strings. With Cut 4 Me, Kelela stands on the precipice of greatness – it remains to be seen whether she’ll eventually jump off.