The name FKA Twigs is still relatively unknown in most music circles, which goes some way to explaining why tonight is her first headline show outside London. The fact that she has chosen the Dancehouse Theatre, in Manchester, isn’t surprising either. It is as theatrical as its name suggests, precisely the kind of characterful venue that cities all over Britain are currently losing at an alarming rate. It is nice to see such a contemporary star take to its stage.

There is no support act tonight, pre-show entertainment is being provided by popular Manchester DJ outfit Juicy, whose hip hop tunes regularly get the party started at venues across the city. It’s not such an unusual choice, but it is a slightly distracting one. It isn’t inaccurate to call FKA Twigs an R&B act, but she is definitely on the alternative end of the scale. Her latest offering EP2 is an intriguing mix of ethereal pop and dissonant electronica.

It is filled with sensual, but wholly unnatural imagery – as anybody who has ever seen an FKA Twigs music video will know. It is a beautiful, constantly shifting piece of work that often feels more like an artistic experience than a pop record. The crowd here tonight are well aware of that, and they are waiting for something entirely different. Whilst the tunes from Juicy are lightening the atmosphere, they perhaps shouldn’t be – FKA Twigs is all about the moody.

It is 9.30pm now and the curtains are rolling back. There she is, FKA Twigs and her four piece live band. They emerge as part of a minimal set, all soft lighting, drum pads and the occasional guitar. It feels strange to see this most mysterious of beasts in the flesh, especially after images of the doll faced star with fleshy flower stamens growing from her genitals, and those creepy computer generated eyes in the video for ‘Water Me.’

FKW Twigs is a pint sized slip of a thing, curiously beautiful with a sinuous way of moving and a fondness for odd dance moves. She launches straight into opener ‘Weak Spot,’ a brave choice considering its incessantly trippy backbeat and jarring mechanical clangs. It goes down well with the crowd here though, who are hanging on her every word. She shimmies and shakes, making her quickly way into ‘Numbers.’

It is a sonic experiment, punctuated by sudden bursts of discordant sound. There is no real melody here, just FKA Twigs pouring strange noises seductively into a microphone. It doesn’t entirely work tonight, but the crowd is forgiving and FKA Twigs is not the type of girl to let it knock her confidence. The track ‘Lights On’ fares much better, a sultry and unbelievably sexy song, performed with an intimacy that it almost feels impolite to witness.

During ‘Give Up’ the crowd is treated to an impressive soundscape from one of the drummers in the band. It is a warm and welcome prelude to crowd favourite and latest single ‘Two Weeks,’ a song which gets everybody in the room swaying enthusiastically. The star herself bounds off stage and paces before her adoring fans – a room full of people you’d think would be too cool for such hero worship, but who are transfixed by every trill, warble and whisper that she offers them.

The set ends with Twigs expressing her desire to ‘come back really soon.’ Whilst she most likely will return to Manchester at some point, who knows when it will be – that fact alone makes it feel like a real privilege to be here, even if the hype around this young star meant that there was always going to be an element of frustration to her first headline show outside London. It is the only gripe that you could have with tonight, and it is a gripe that doesn’t really belong to FKA Twigs.

She put in a confident and mesmerising performance this evening. It just so happens that mystery and intrigue have a way of turning an artist into more than a musician, more than a human being even. To see a visceral artist like FKA Twigs for the first time is to come to terms with their normalness, and it is slightly jarring when they have spent so much time as an untouchable enigma. In spite of all this, it is clear to see that the FKA Twigs star is most definitely in ascendance – tonight only cemented that fact. 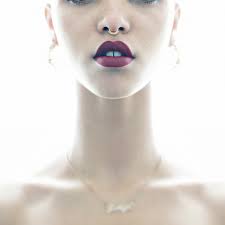